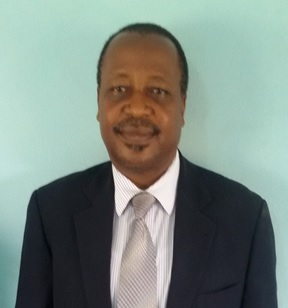 As at 2020, Professor Aderiye has about 42 years post qualification working experience as lecturer, researcher, administrator and consultant in tertiary institutions (both private and public) within and outside Nigeria. He holds a Bachelor of Science (B. Sc.), Master of Science (M. Sc.) and Doctor of Philosophy (Ph.D.) degrees in Microbiology from the University of Ife (now Obafemi Awolowo University), Ile-Ife. He enjoyed the University of Ife and the Federal Government scholarships for his postgraduate programmes.

His research interests have been in three major areas of Microbiology: a. Mycology and Plant Pathology, b. Food and Industrial Microbiology, c. Waste Biotechnology, where he recorded some novel research contributions to Science, such as the occurrence of microconidia and chlamydospores as survival structures in Botryodiplodia theobromae, a ubiquitous crop pathogen. He also reported on the bioconversion (utilization) of cashew pomace for cake baking. And recently, he reported the production of fermented maize gruel (ogi) in about 5 hours.

He has over one hundred (100) technical papers published in reputable peer review national and international journals, and co-authored four (4) academic textbooks. He had taught much basic Biology, Microbiology and other related courses over the years and supervised several projects both at the undergraduate and postgraduate levels. He has attended and presented papers at local and international conferences/workshops. He has also served as editor to a couple of international journals, academic assessor/reviewer to many universities and was the Vice President of two of my professional associations at different times. Prof. Aderiye had served on the Quality Control Assurance unit of the National Universities Commission; on the Accreditation Exercise of University Academic programmes.